Working with SELinux on Android 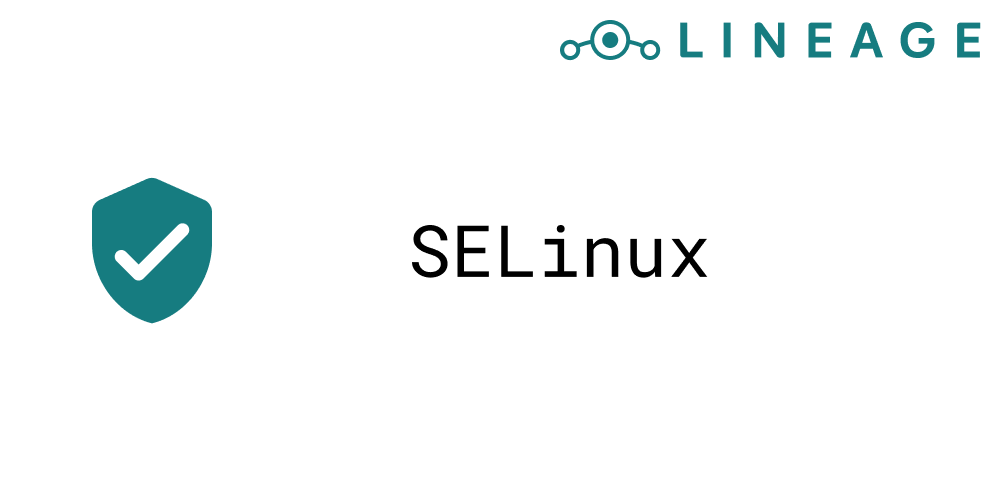 SELinux is an optional feature of the Linux kernel that provides support to enforce access control security policies to enforce MAC. It is based on the LSM framework.

SELinux was originally developed by the NSA to demonstrate the value of MAC and how it can be applied to Linux. It was merged in Linux 2.6 on Aug 2003. Red Hat, and McAfee Corp. are some of the significant contributors to the development of SELinux. Later on, a separate project called Security Enhancements (SE) for Android was led by the NSA to integrate SELinux into Android. This project resulted in SELinux becoming a core part of Android. It was introduced defaulting to Permissive mode in Android 4.3, optionally Enforcing in Android 4.4, and was required by Google’s CTS to be Enforcing in Android 5.0 and above.

How does SELinux work?

SELinux can operate in 2 modes which are Enforcing and Permissive. The default mode is Enforcing.

Below is an example of an SELinux denial printed in an android logcat:

Permissive mode is used mostly by developers during the early stages of bringing up a new device. This allows developers to save time during the initial stages of development by logging all the policy, which is needed by different process, services, firmware, etc. and address them all together once the project has reached a state of stability.

SELinux policy is a set of rules (permissions) which states which initiators can perform which type of actions. If a particular action the process wants to perform is not permitted explicitly in the installed policy, SELinux will deny it. Therefore, on production devices, it’s of the utmost importance to have a complete set of rules in the SELinux policy to avoid breakages/bugs due to SELinux denials. With that said, SELinux must also be as strict as possible. A good rule of thumb to remember while writing SELinux policy is: ‘If it ain’t broke, don’t fix it’.

As previously mentioned, SELinux policy is just a set of rules. Writing SELinux policy encompasses everything from labeling relevant services/apps to writing rules that allow the aforementioned services to initiate actions or access other nodes/files, etc. Additionally, one can force a process to be run in Permissive mode even when the device is in Enforcing mode, though this practice should be avoided. As you can see, writing SELinux policy can easily be chunked up into a lot of smaller parts, and therefore made more manageable.

There are a lot of rules and label types that are used while writing SELinux policy. However, given the scope of the article, we will only discuss those which are recurring and basic. These statements are used by device maintainers a lot while writing device-specific SELinux policy rules.

The first step is to label the initiator, if not already done. This ensures that the permissions granted are not towards a general target but a more restricted, specific one. This results in specific initiators having only those permissions which they require to perform a specific action. These labels live in a single file named file_contexts.

Pro-tip: If you need to examine the existing label of a file (say, on the stock ROM to compare), it is as simple as running ls -alZ /path/to/file.

Labeling an initiator (Not an App)

You should use regex to label an initiator. For example, please see platform/system/sepolicy/private/file_contexts.

All labels for applications go into a single file named seapp_contexts formatted as the partition requires. For example, please check platform/system/sepolicy/private/seapp_contexts.

genfscon is a label type used to allocate contexts to file systems that don’t support any other type of labeling statements. The blueprint is: genfscon filesystem_name partial_path filesystem_context

Properties are strings that can be used to control the behavior of a specific feature, or advertise device features. These reside in .prop files which are parsed by init when the system is booting up. These properties also require a valid SELinux context regarding the initiator which will access them.

An example log for denial related to a camera property:

This should be addressed by labeling this specific property as camera_prop as it’s related to camera, e.g. camera.tunning.live u:object_r:camera_prop:s0

Notice how labels for services, process, applications, file systems don’t end with ; unlike other statements used to grant or suppress permissions.

Once the initiator has a label, permissions can be granted to it as required to perform the desired action.

If you want to allow an initiator permission for some action, you can use the allow statement. This is used to grant permission. The blueprint is: allow scontext tcontext:tclass permission;

An example in regard to this specific case:

The given permission would be: allow qti_init_shell sysfs_dm:file { read write };

If your logs contain some denials that you want to hide/suppress for some reason, you can use the dontaudit statement. The blueprint is: dontaudit scontext tcontext:tclass permission;

An example in regard to this specific case:

AOSP recommends keeping all rules (permissions, denials, log suppressions, Permissive mode) regarding a specific initiator under a separate file in the .te format having it’s scontext as the name. For example, all rules regarding an initiator having a scontext of hal_power_default would be stored in a file named hal_power_default.te. For example, please check platform/system/sepolicy/public/vold.te.

A neverallow is an overarching rule that is used to mark specific rules that must not be generated. The word generated implies that it is a compile-time action and not runtime. Hence, if you mark a specific rule as neverallow and grant permission regarding the same in another rule, the compiler will trigger an error and the compilation will fail.

In Android, you can find neverallows inside the system/sepolicy repository linked earlier in this post. Android marks several rules as neverallow which can potentially weaken the system security. For example, every file on the system has a type called system_data_file, now assume that you have an initiator which wants { read write } to access a specific file having system_data_file as type. Now, if you grant it such permission, that means you allow the initiator to read & write every file on the system (as every file in the system has the same file type). This significantly weakens security. Hence, it should be marked as a neverallow. A solution to this issue would be to label the file with a different, more specific context and then grant the initiator the required permissions. It is worth noting that if you’re on a legacy device, e.g. any QCOM chipset before msm8996 (UM-Family), that Lineage’s fork of device/qcom/sepolicy-legacy ignores neverallows, as legacy device’s proprietary binaries can’t comply with Android’s neverallows growing stricter.

While by default, a lot of rules are already marked as neverallows, not all possible exceptions are covered. It depends upon the developer to carefully grant permissions keeping all possible scenarios in mind. For reference, please check platform/system/sepolicy/public/vold.te.

By default, there are several macros available to use while writing the SELinux policy. These macros not only make writing SELinux policy easier but are also recommended to use for various reasons, such as granting a lot of permissions to a certain initiator, granting a specific set of permission for a specific task to an initiator, etc. They reduce the amount of code a developer has to write, group a specific set of rules for specific use cases, and make it easier for fellow developers to read, among many more benefits.

An example of using macros while writing SELinux policy to allow permissions would be:

Notice how using macros shortens the amount of code and still granted the necessary permissions. You can check the available macros in global_macros and te_macros present in platform/system/sepolicy repository of AOSP.

Where should my sepolicy go?

Since the advent of Project Treble, sepolicy has moved from one file in the boot image, to various files on the partition relevant to those policies. For example, in device/lineage/sepolicy, under the “common” folder, we have system, vendor, public, private, and dynamic folders.

Every stock firmware/ROM has a SELinux policy inside specific partition images. The general location of the policy is partition_name/etc/selinux/. This means if you are looking for SELinux policy related to the system image, it would be available in /system/etc/selinux, for vendor image, it would be in /vendor/etc/selinux and so on. Remember that the partition path differs heavily depending upon the device. A developer when writing SELinux policy for their specific device may use this stock policy as a reference. This helps in not only speeding up the task of writing rules but also serves as a reference to which rule should be granted, which not, how to address specific cases, etc.

There are some useful tools available that help working with SELinux and writing SELinux policy. Some of them are:
* chcon: Helps in changing the SELinux context of a target.
* audit2allow: Generates SELinux policy containing allow & dontaudit rules. Doesn’t cover neverallow exceptions.
* audit2allow.perl hosted at OpenDarwin-CVS/SEDarwin is a script which requires no external dependencies & runs on any platform unlike modern versions.
* restorecon: Restores the default SELinux contexts of the given target.
* sepolicy-inject: Injects allow rules into binary SELinux kernel policies.

Here are links to some of the resources used for SELinux research during the development of this article. Feel free to check them out for more information related to SELinux in general.